Army is the largest branch of the U.S. military.  Reach more than 2.5 million Soldiers, Family members, Civilians and Retirees on over 70 Army installations around the world.

We’ll put you on the front lines for market segments that are primed to hear what you have to say. 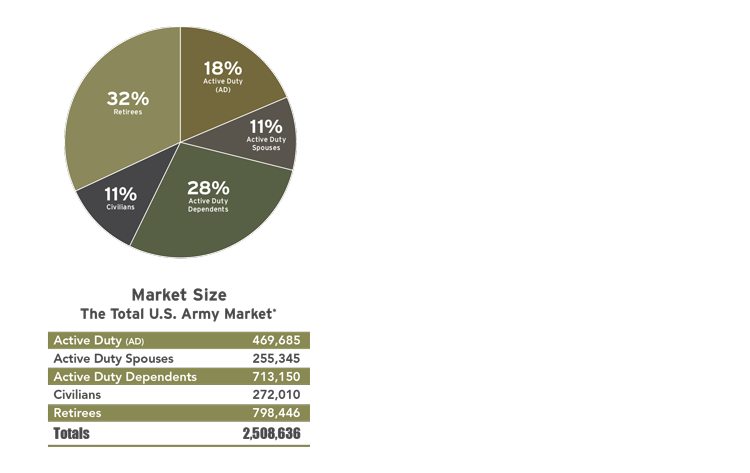