The History of U.S. Army Entertainment 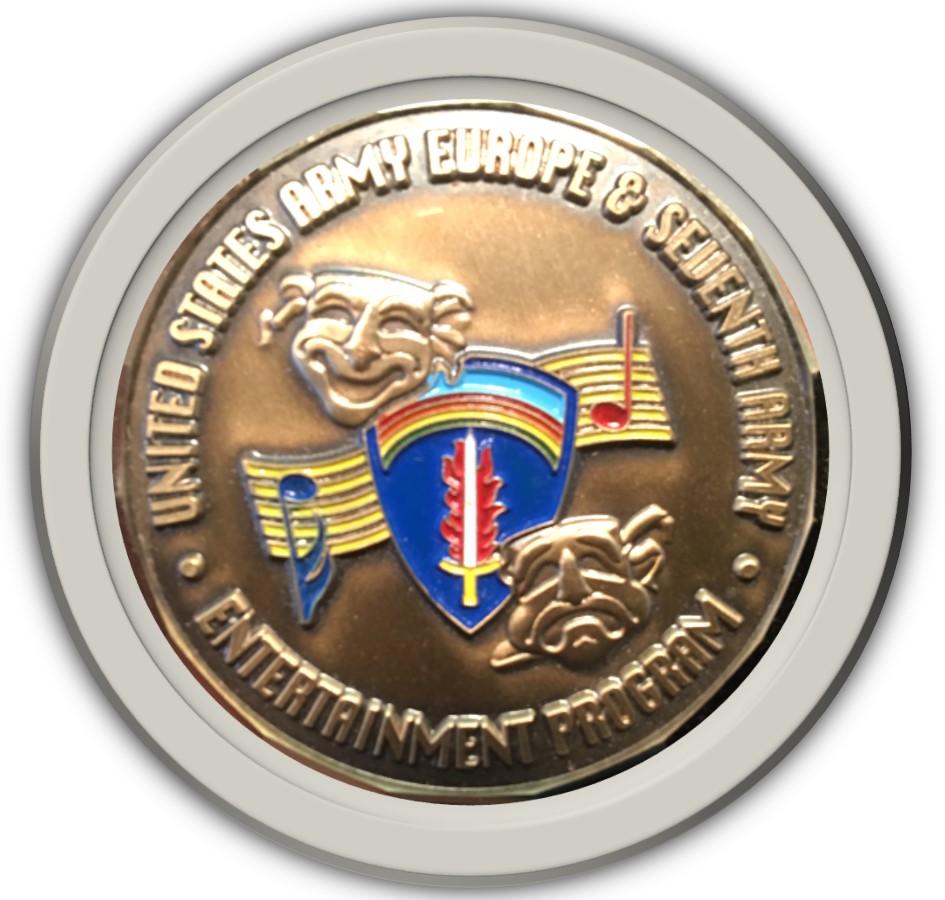 The History of U.S. Army Entertainment

For over 70 years, U.S. Army Entertainment has offered U.S. Service Members, Civilians and their Families opportunities to participate in and enjoy high-quality music and theater programs while serving overseas.

The founding principle of Army Entertainment was "Soldiers entertaining Soldiers" and the tradition dates back to the days of Civil War Camp Shows.

The History of US Army Entertainment:

Today’s US Army Entertainment began as Special Services. The unit was created on 22 July 1940 by the War Department as part of the Army Service Forces. Special Services would not only use their own specially trained and talented troops but would often engage local performers.

Special Services were one of the few U.S. Army units to be integrated during World War II. Special Services opened their first Recreational Officer School at Fort Meade, Maryland on 1 April 1942.

Margaret E. (Skippy) Lynn (April 28, 1924 – June 11, 2002) is considered the founder of the modern Entertainment program. In 1945, she was chosen by Peggy Wood and Paul Green to be among the first civilian "actress technicians" employed by the U.S. government to work with troops overseas following World War II.

In 1962, she helped found and then for two decades directed the Army Music and Theater Program, which The Washington Post in 1976 called "the largest producing organization of music and theater in the world."  At that time, it staged more than 25,000 performances annually with a global audience of more than 2.5 million people.

Ms. Lynn's focus was on Soldiers entertaining Soldiers. She built on the tradition of Civil War camp shows, and events such as "Yip Yip Yaphank", a theatre production created by Irving Berlin as a soldier in World War I. She also realized the importance of involving Soldiers' Family Members, providing them recreational activities where ever they were stationed.

The History of US Army Entertainment in Europe:

In the early 1950s, Seventh Army Special Services was established to care for the morale, welfare and recreation of US Soldiers stationed in Europe. Headquartered in Stuttgart, Germany, Special Services was a lively center of entertainment, sending out soldier variety shows featuring singers like Private Vito Farinola (Vic Damone) and the newly formed “Rhythm Aces.” 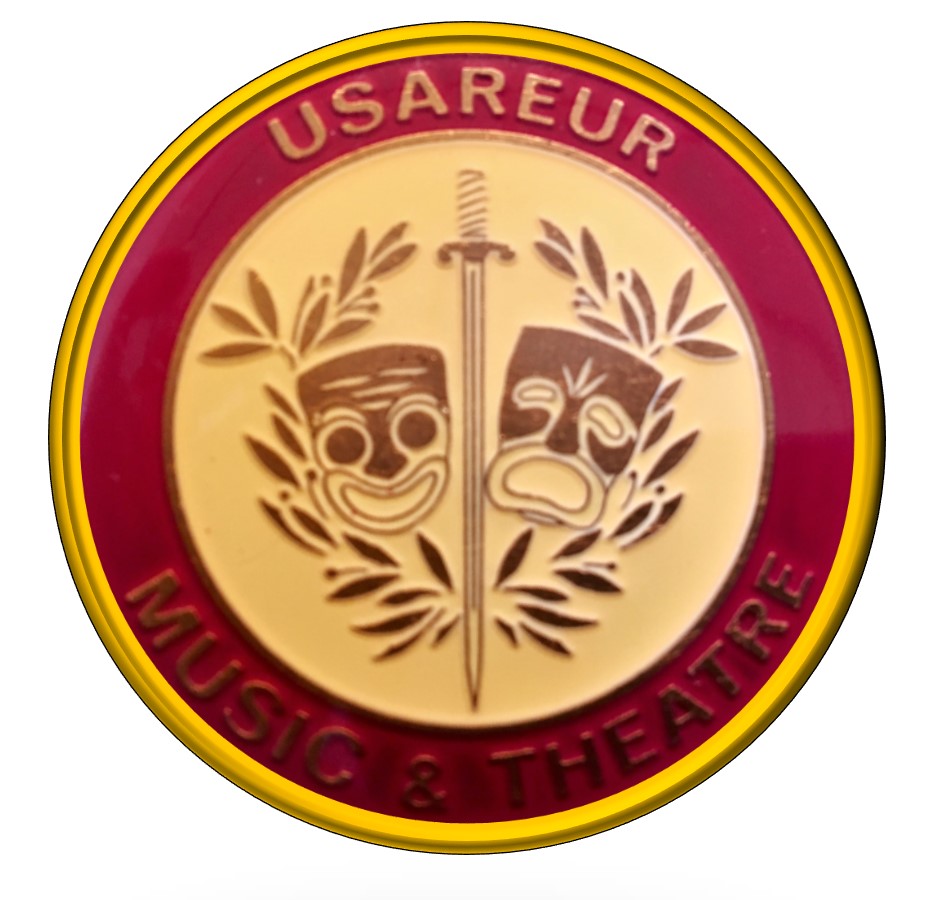 With the encouragement of Lt. General Manton Eddy, General Charles Bolte and particularly General Anthony McAuliffe, it was decided that the American occupation army should also present a more serious side of American culture.

In 1952 it was determined that Seventh Army should produce an original Broadway-size musical comedy that would tour civilian theatres as well as military bases. Private William Perry, a composer then serving in Berlin, was transferred to Stuttgart and given carte blanche to draw on creative personnel and performers wherever they might be stationed. Perry's long-time collaborator, lyricist William S. Wheeling, then serving in the Air Force, joined the team as did choreographer and Broadway tap dance star Robert Scheerer. Private Johnny Gilbert, who already had established a prominent singing career, was brought in to play the lead.

In the spring of 1953, Xanadu, the story of Marco Polo's epic but entertaining journey to the court of Kublai Khan, was premiered and warmly received. The first extended tour included performances in Vienna, Trieste in Italy, and throughout Germany, often in famous opera houses. A number of the songs became immediately popular through broadcasts on the Armed Forces Network. Later tours included Great Britain and other parts of Europe, and the show was still being performed five years later. 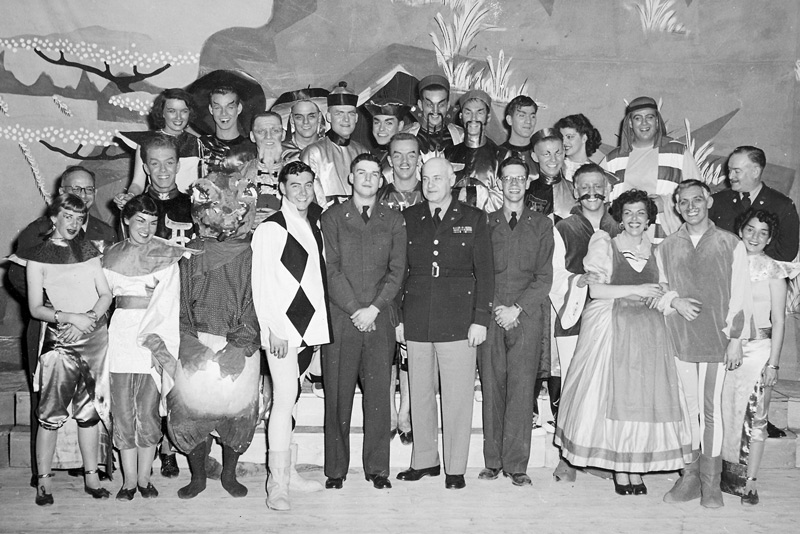 After leaving the service, members of the original company went on to have successful careers in show business. William Perry received Tony nominations for his 1986 musical, Wind in the Willows, starring Nathan Lane, and his television productions for PBS have received both Emmy and Peabody awards. Robert Scheerer resumed his Broadway career as second lead to Julie Andrews in The Boy Friend and later became an important film and television director, three times nominated for Emmy awards. Virginia Boyle, who played the female lead in Xanadu, established a career as a country and western singer and songwriter. Johnny Gilbert became the host or announcer of numerous popular television game shows, and his voice is still heard every night saying, "This … is … Jeopardy!"

During the 1960s, the program produced several important theatrical premieres. The US Army Roadside Theater, Heidelberg, presented the European premieres of Rodger’s & Hammerstein’s beloved musical, The King & I and Lerner and Lowes' My Fair Lady. The original costume designers from the Broadway production of My Fair Lady were bright to Germany to create costumes for the show. (Many of those costumes are still used today for Army Entertainment branch productions in Europe.)

The tradition of world premieres continued, with the Roadside Theater presenting the first American Amateur production of Les Misérables in 2001.

Born Margaret Linskie, in Dallas, Texas, earned a Bachelor of Arts degree from Southern Methodist University in 1942. In 1965, she was

named the University's Distinguished Alumni Award as the "Woman of Achievement" for the decade of the 1940s. She earned a Master's degree in Speech and Drama at Catholic University of America in Washington DC in 1943, studying with the renowned Rev. Gilbert V. Hartke, O.P.

Under her stage name, Margaret Lynn, she was a dancer and dance captain with the Radio City Rockettes in New York City, and appeared in seven Broadway shows, including Oklahoma!, Carousel, and Mike Todd's Mexican Hayride. She played the ingenue lead as well as understudying Ethel Merman in Something for the Boys.

In 1945, she was chosen by Peggy Wood and Paul Green to be among the first civilian "actress technicians" employed by the U.S. government to work with troops overseas following World War II.

She conceived and directed shows during the Korean War, bringing entertainment to United Nations units, sometimes under artillery fire.  When she returned to Washington in 1955, she continued working for the Department of the Army, creating and directing a show called "Rolling Along," which toured the world from 1955 to 1961.

Under commanding officer and stage director Joshua Logan, she worked on dozens of productions for the military. She continued to conceive and direct shows during the Korean War, bringing entertainment, sometimes under artillery fire, to military personnel of various United Nations units involved in that conflict.

Lynn was eventually put in charge of soldier show entertainment at Army Headquarters in Washington, DC, where she organized companies of service personnel touring shows. In time she organized and supported a network of some 200 full-time civilian directors on military bases around the world. She obtained production and musical performance rights, created "How To" handbooks complete with scene designs and music. She set up worldwide Army Entertainment competitions, sending theatre professionals to bases to adjudicate shows, give support and feed-back to post entertainment directors, and select the best musical performers, who were then brought to Washington for a public showcase which she directed. The Washington Post observed that she had created "the largest producing organization of theatre and music in the world."

In addition to "soldiers entertaining soldiers," Lynn stressed the benefits of including dependent wives and children actively in the performing arts, and the desirability of involving civilians from nearby towns as an antidote to the social isolation of service personnel working far from home. Under her guidance, numerous workshops, showcases, worldwide competitions and scholarships were established to discover and encourage talented members of the military.

Under Lynn's ambitious inspiration, dedicated music rehearsal facilities, proscenium stages, "black box" theatre studios and dinner theatres were established in unused army movie houses, barracks and other surplus facilities, where colonels, corporals, and civilians created theatre together. Not content with makeshift "soldier shows," her directors produced themed variety bills, Broadway musicals, comedy, serious drama, and occasionally Shakespeare. She loved to recount the great success of one of Father Hartke's Shakespeare productions from Catholic University, for which she arranged a tour of military bases. Enormous crowds cheered the comedy erroneously announced to troops stationed all over the Far East as "Love, Labor and Lust."

With her protégé Donn B. Murphy she established summer workshops at Georgetown University to which she brought Army Entertainment Directors from all over the world who met with civilian theater directors, producers and teachers.

The caliber and breadth of the army music and theatre activities from the 1950s into the 1980s are a tribute to Lynn and to the many professionals and amateurs whom she involved, inspired and supported at installations at home and overseas. Extensive documentation on this work is preserved in the Margaret E. Lynn Army Music and Theatre Collection, 1967-1978 at the New York Public Library Performing Arts Research Center at Lincoln Center.

In 1982, Lynn left the Department of the Army and formed her own company, called Creative Consultants. She was simultaneously named general manager of the World Showcase Festival Program for the Disney organization. She brought more than 1,100 dancers, singers and other performing artists from 23 countries to Orlando for the opening of EPCOT Center at Walt Disney World on October 1, 1982. The groups, including Moroccan dancers and drummers, Italian Flag Twirlers and members of Canada's Royal Mounted Police, performed in the park's World Showcase area. Lynn also coordinated the gathering of water from rivers in far-flung parts of the globe, which were ceremoniously poured into the Fountain of Nations in the Future World section of EPCOT. Later in life she taught evening theater classes for adults in Virginia, and organized theater-going experiences for them which involved play-going in Washington and after-show meetings with actors and directors, as well as trips to New York with Broadway shows and lunches at Vincent Sardi's famous theater restaurant.