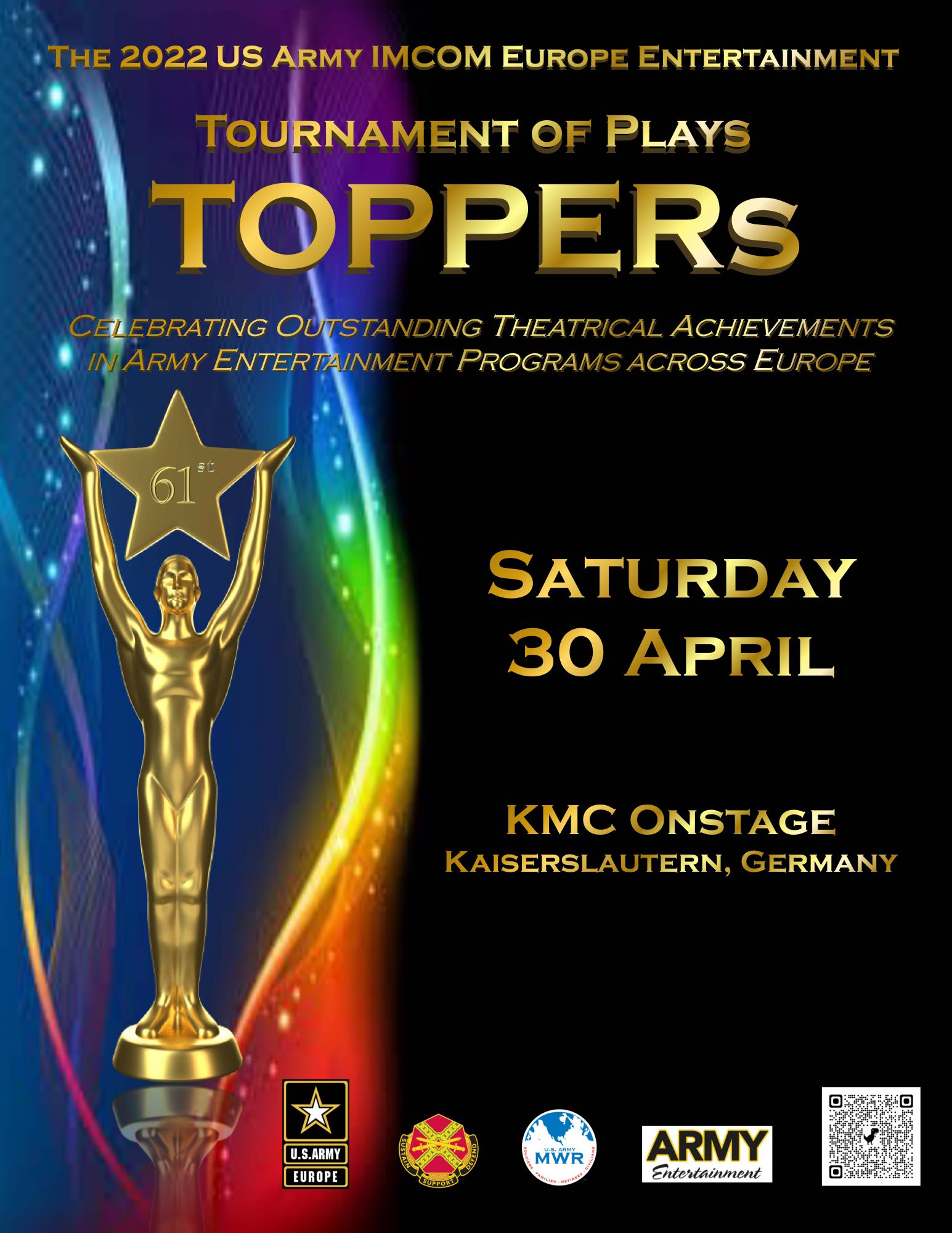 1 May 2022 UPDATE: The complete list of TOPPERs nominations and awards is available below. Congratulations to all the nominees and awardees!
The 61st annual TOPPERs Gala Awards Ceremony will be held on 30 April, 2022 at KMC Onstage in Kaiserslautern, Germany. The live awards ceremony will be recorded and streamed for public viewing on May 7, 2022.
The video will be available on our IMCOM Entertainment YouTube Channel. at 7 pm CET on Saturday, May 7, 2022.
Each participating theatre will be hosting watch parties in their military communities for the event.
TOPPERs adjudications will be held 14 Feb. to 3 April, 2022 across Europe. 14 shows from nine European military communities will be adjudicated.
Over 50 awards and 200 nominations for outstanding achievement awards will be announced at a music and celebrity-filled event.
Please note: Due to Covid 19 restrictions, attendance at the 30 April ceremony is available only by invitation. More information is available through Garrison Entertainment Directors, local Theatre Directors or at the contact below.
Point of Contact:
Dane Winters, IMCOM Europe Entertainment Program Manager
dane.c.winters.naf@army.mil
Military DSN Tel: (314) 544-9656
Civilian Tel: +49 (0) 611-143-544-9656
Participating Theatres and Entries
The Amelia Earhart Playhouse. USAG Wiesbaden, Germany.
The SHAPE Performing Arts Center. USAG Benelux, Belgium.
KMC Onstage. USAG Rheinland Pfalz/Kaiserslautern, Germany.
KMC Onstage Youth Theater. USAG Rheinland Pfalz/Kaiserslautern, Germany.
The Stuttgart Theater Center. USAG Stuttgart, Germany.
The Ansbach Terrace Playhouse . USAG Ansbach, Germany.
The Ansbach Youth Theater. USAG Ansbach, Germany.
The Soldiers' Theatre. USAG Italy/Vicenza, Italy.
The Aviano Community and Schools Theater. Aviano Air Base, Italy.
The Razz Ma Tazz Players. Ramstein Air Base, Germany.
Awards Show Information and Location
The 61st annual TOPPERs Gala Awards Show and Ceremony
Saturday, April 30 at 1500 hrs.
KMC Onstage
Bldg. 3109, Kleber Kaserne
Mannheimer Str. 3232, 67657 Kaiserslautern 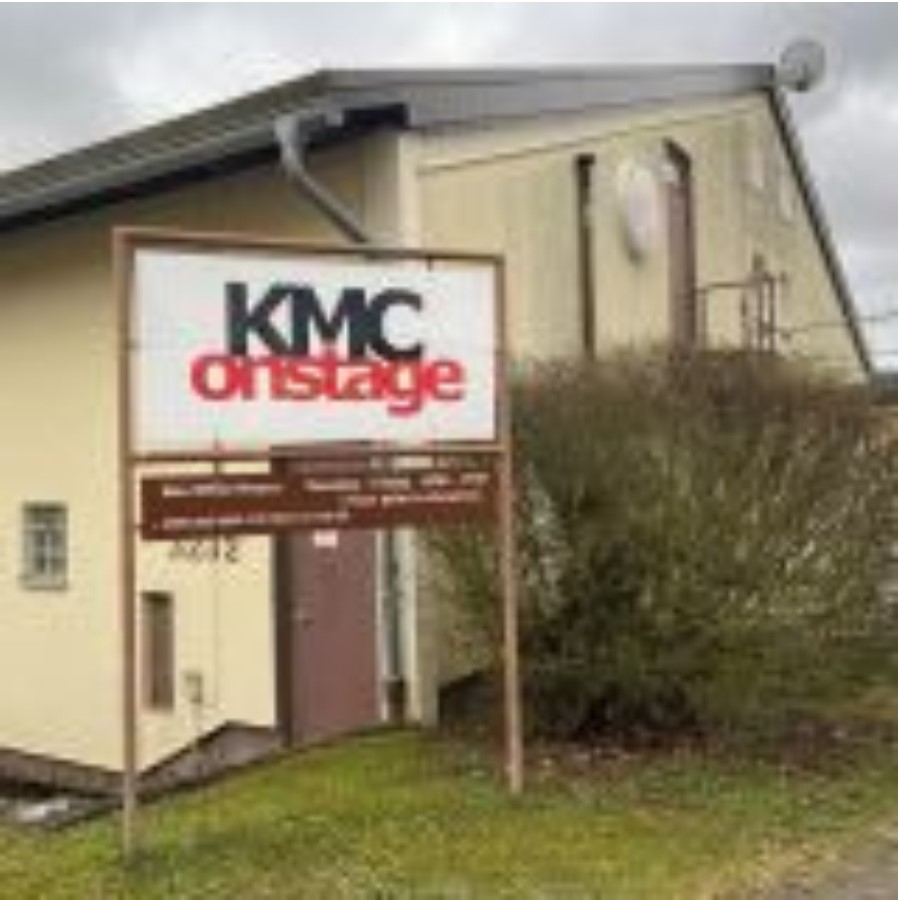 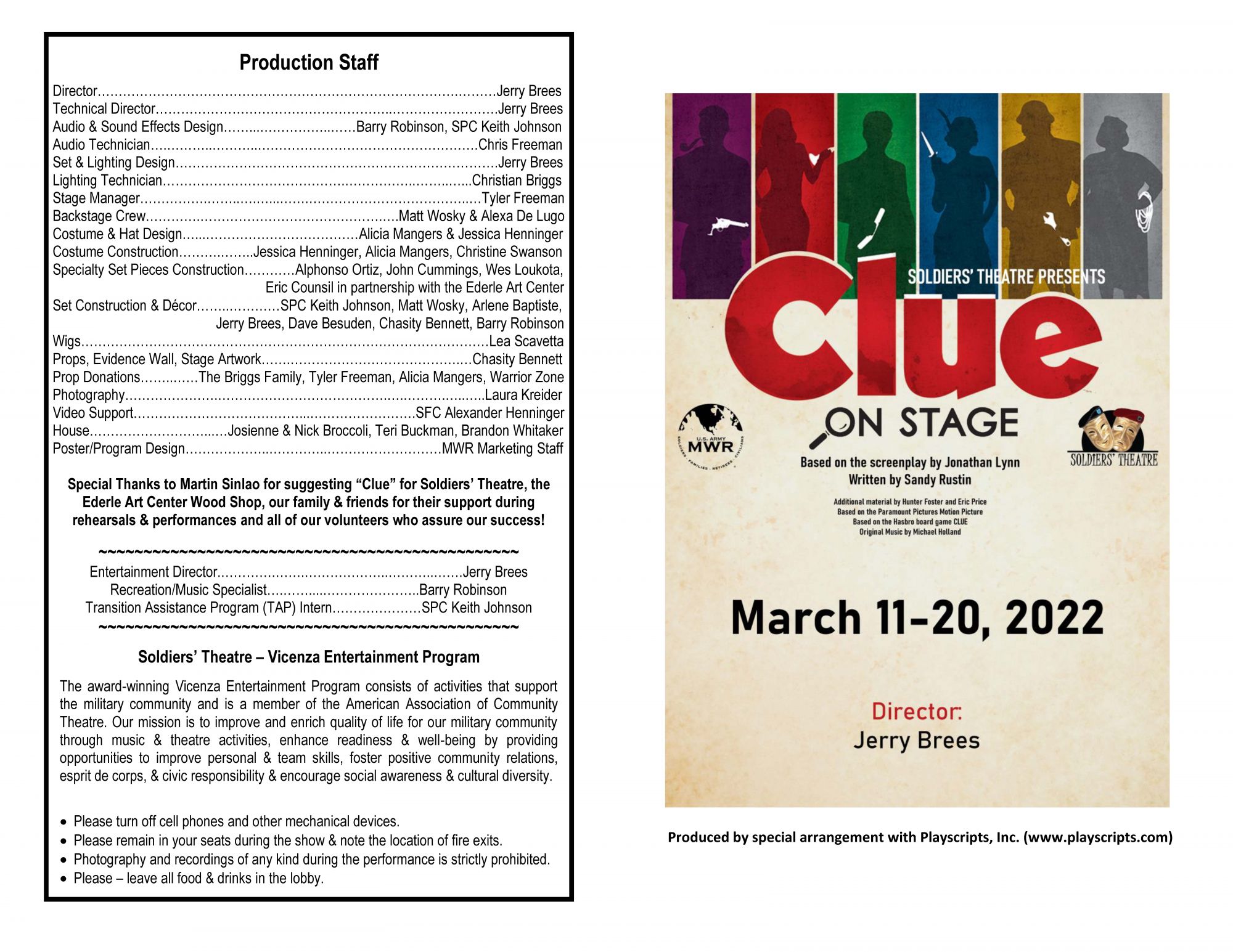 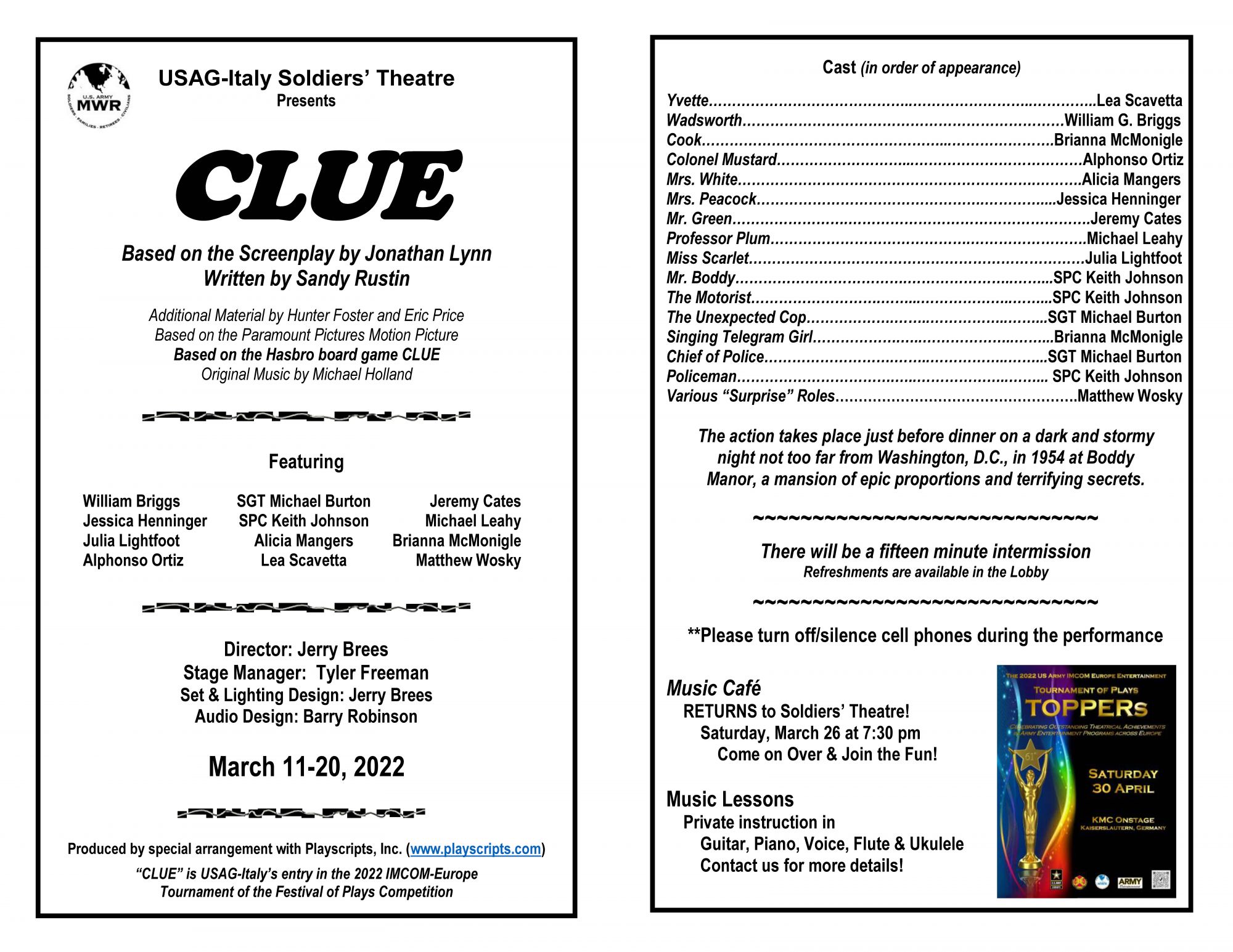 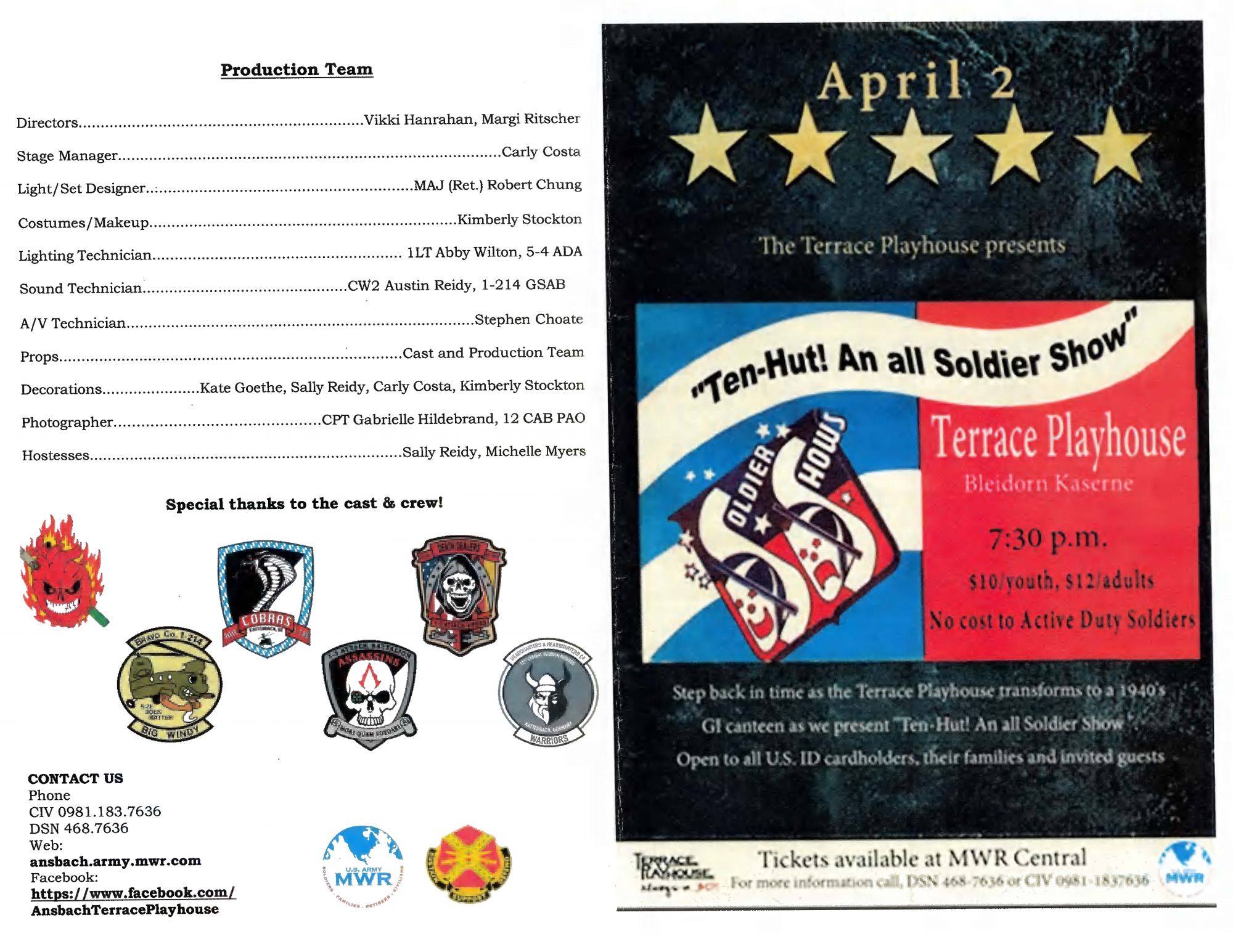 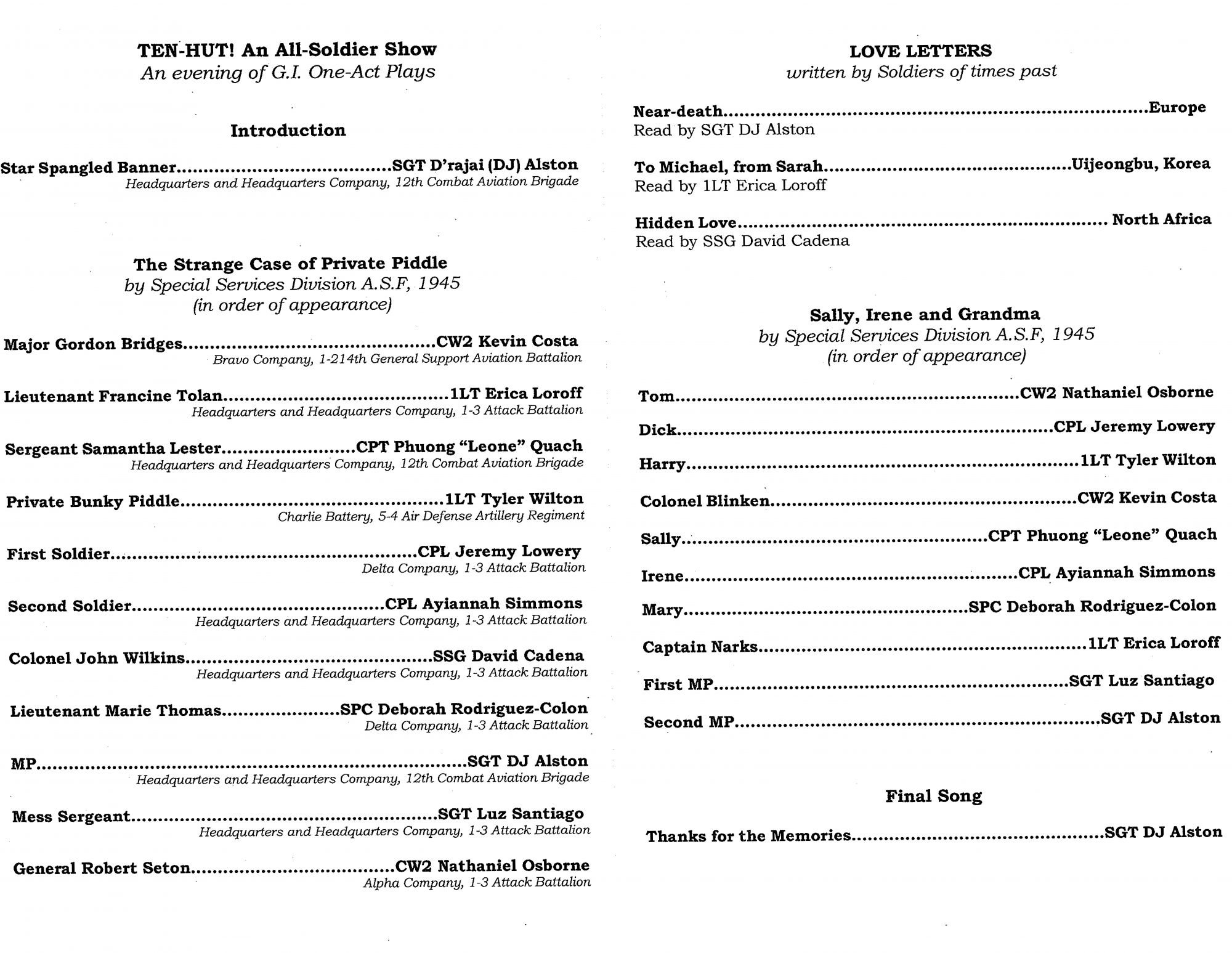 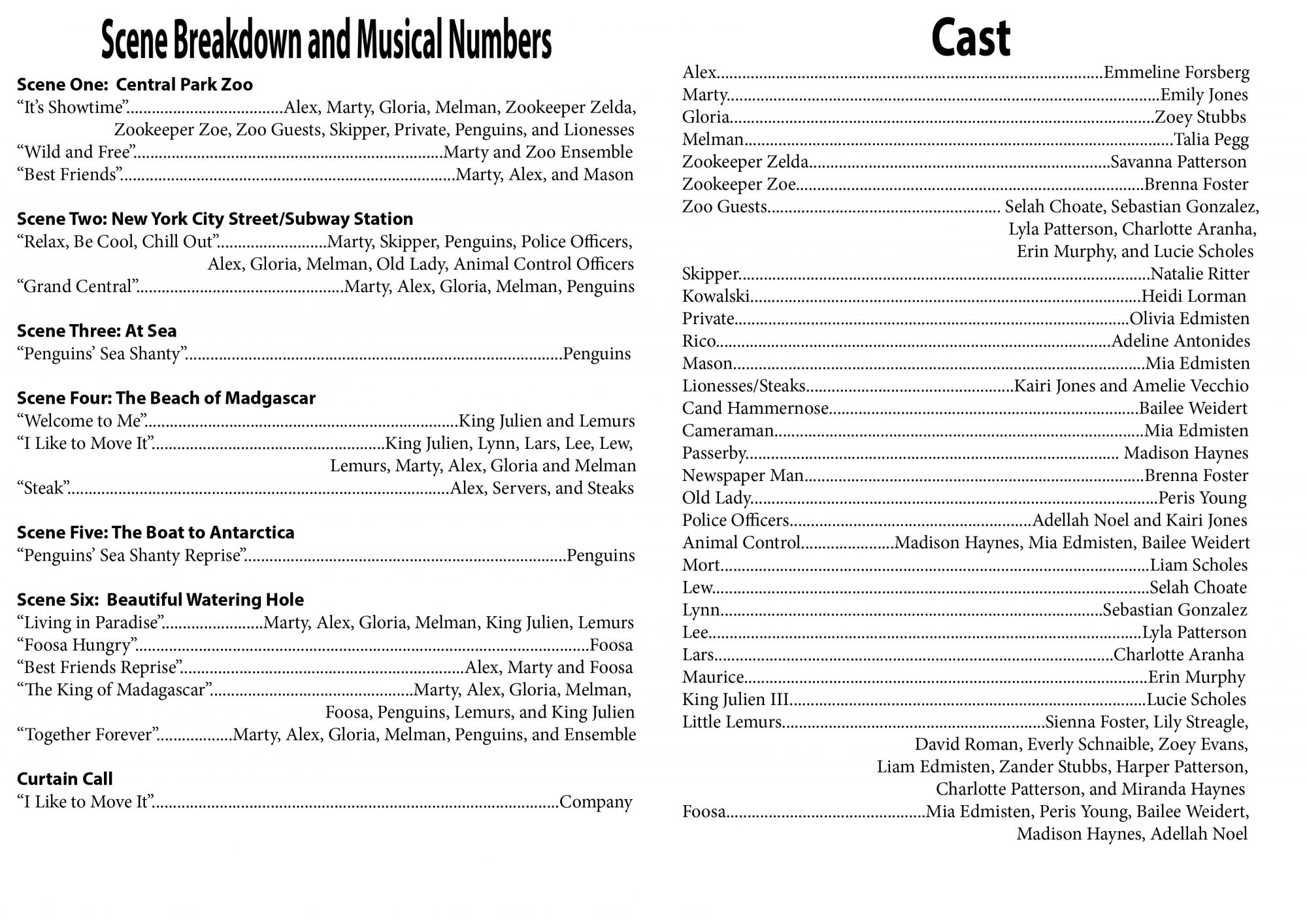 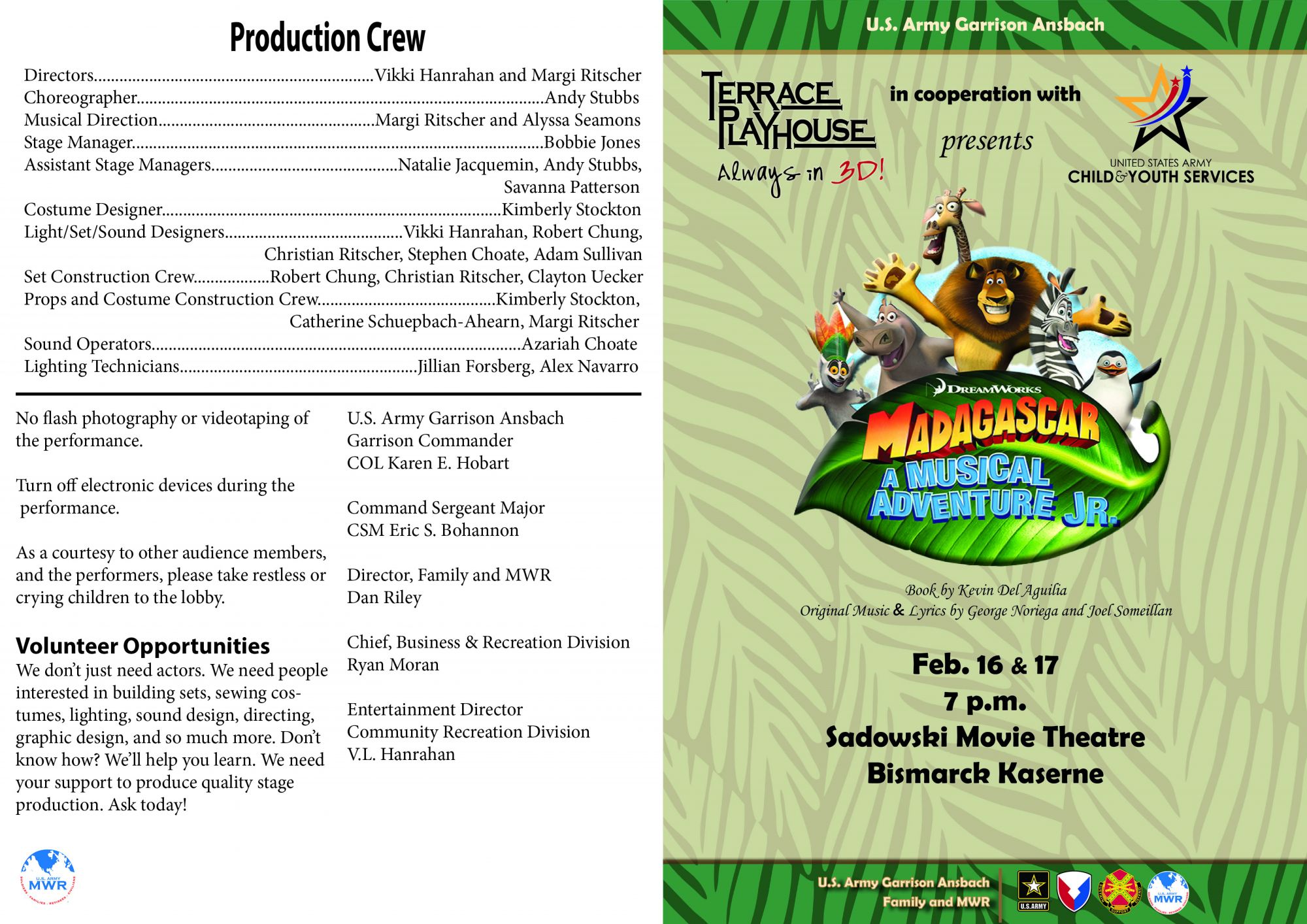 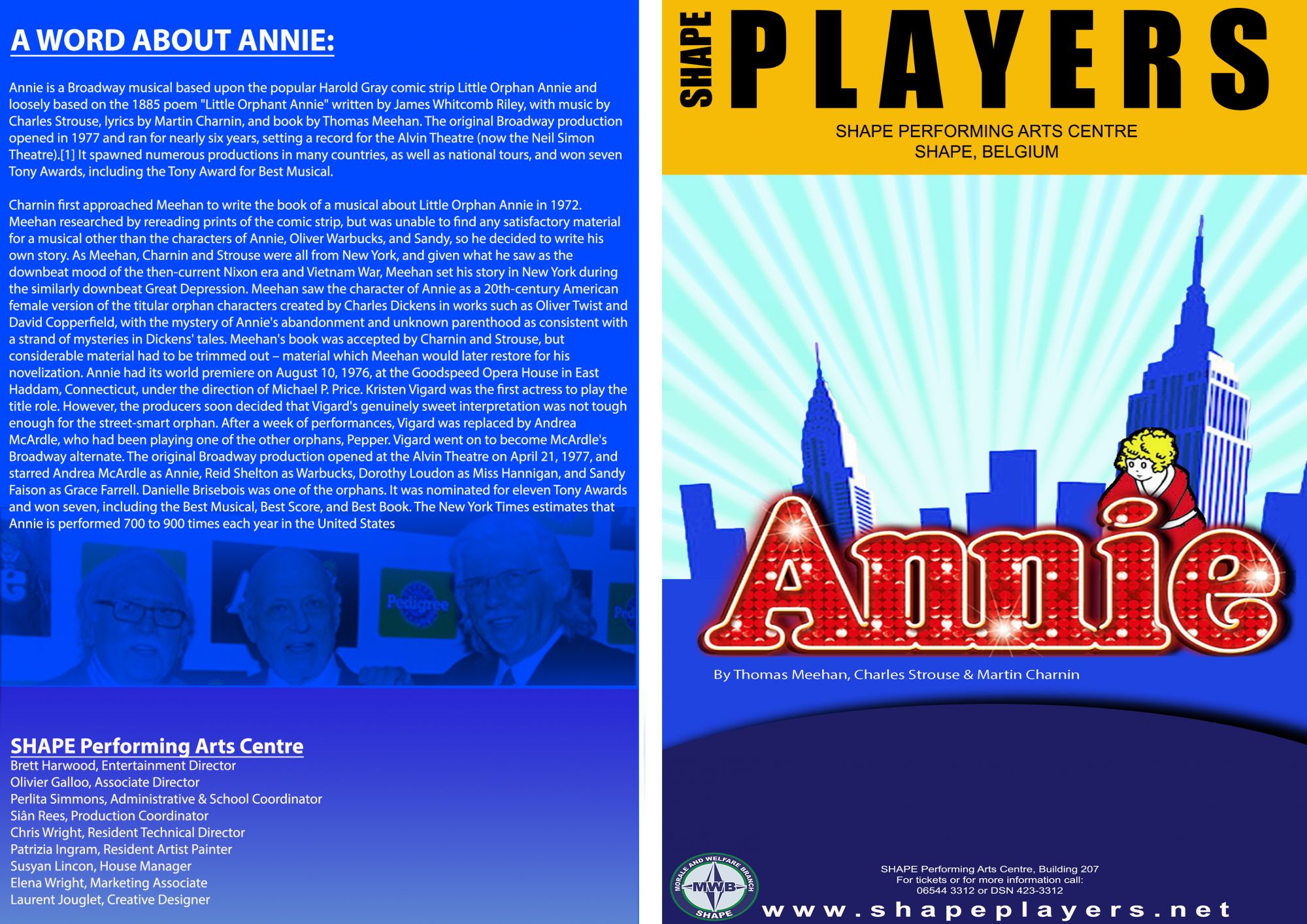 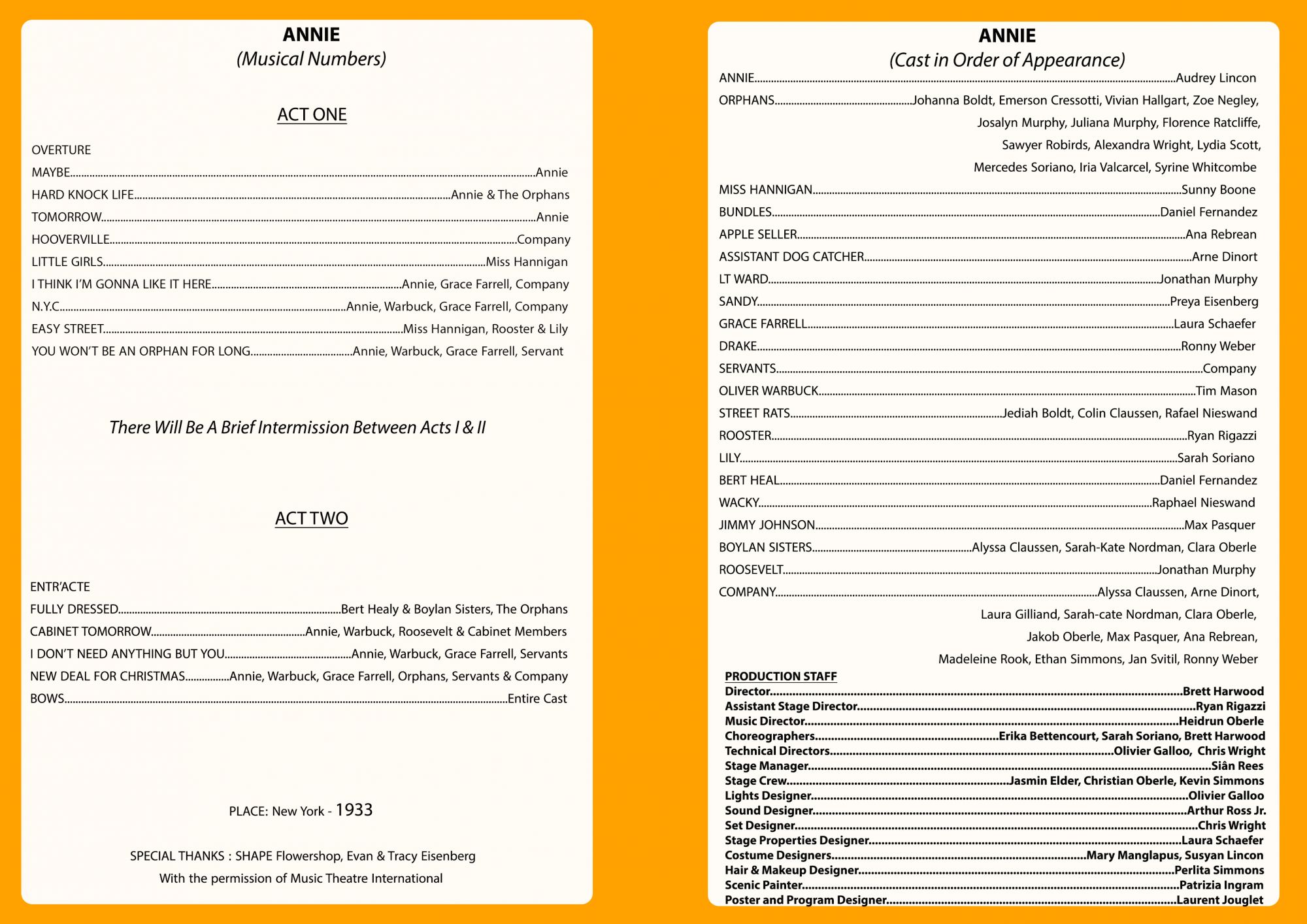 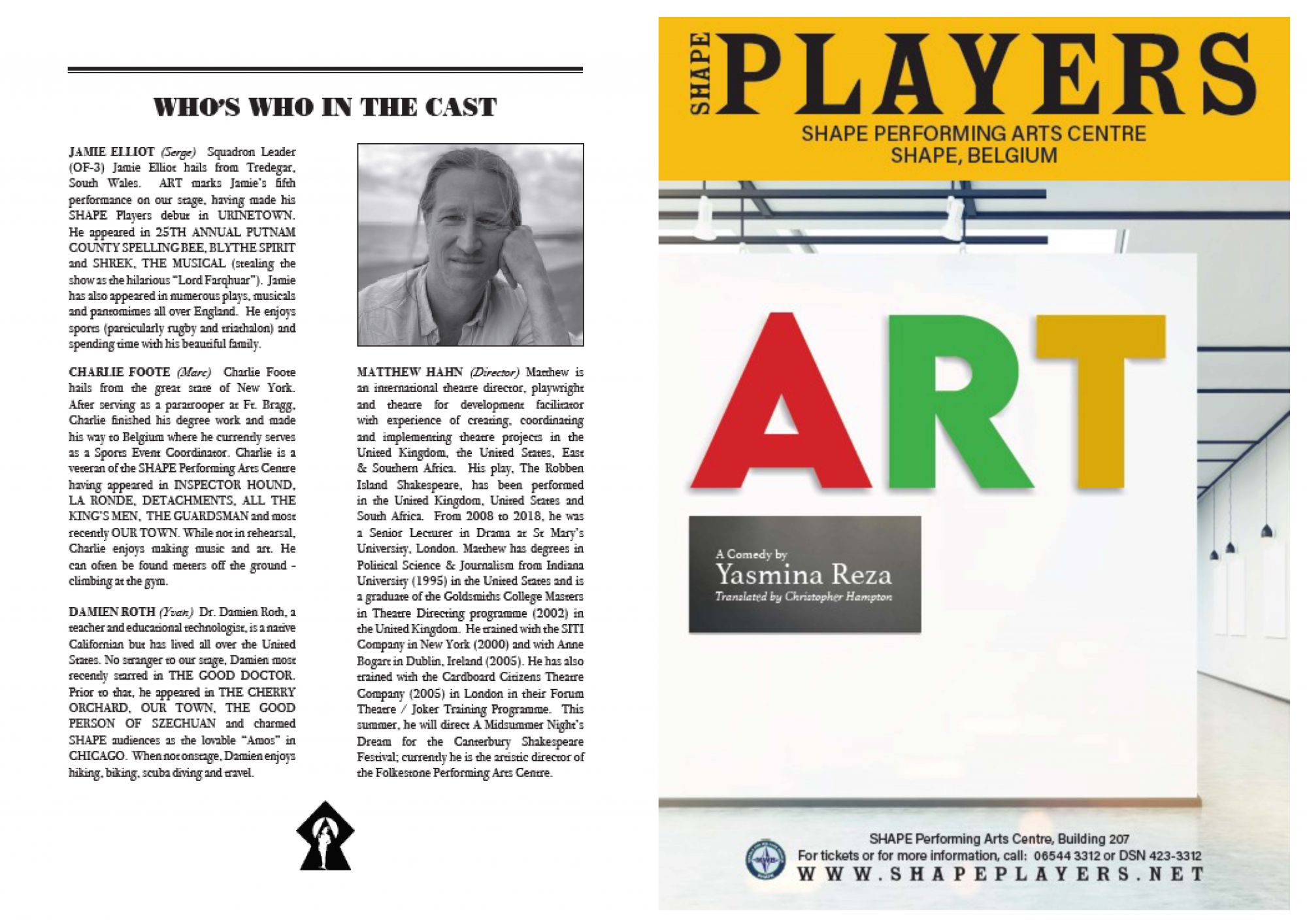 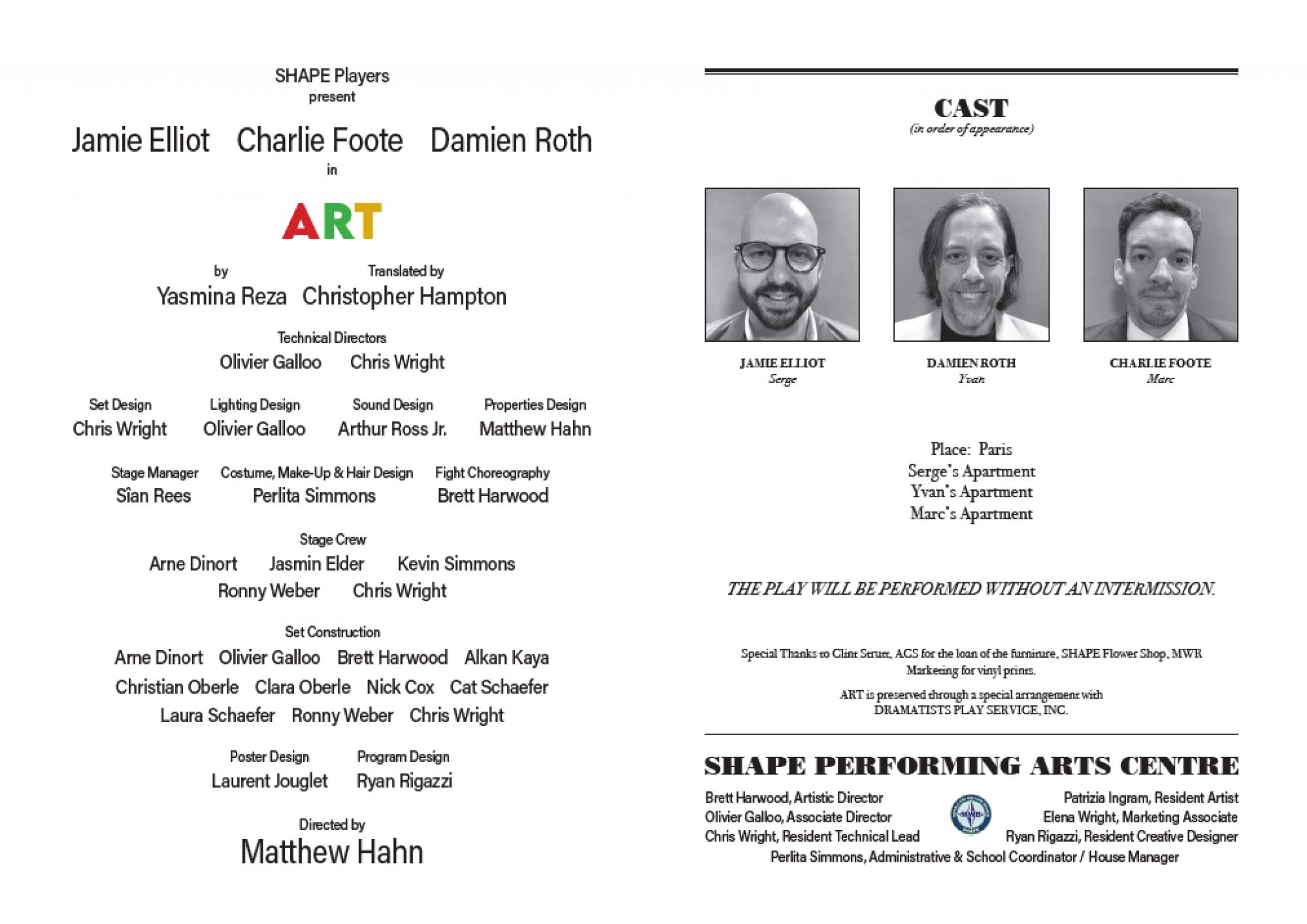 The Aviano Air Base Schools and Community Theater, Italy 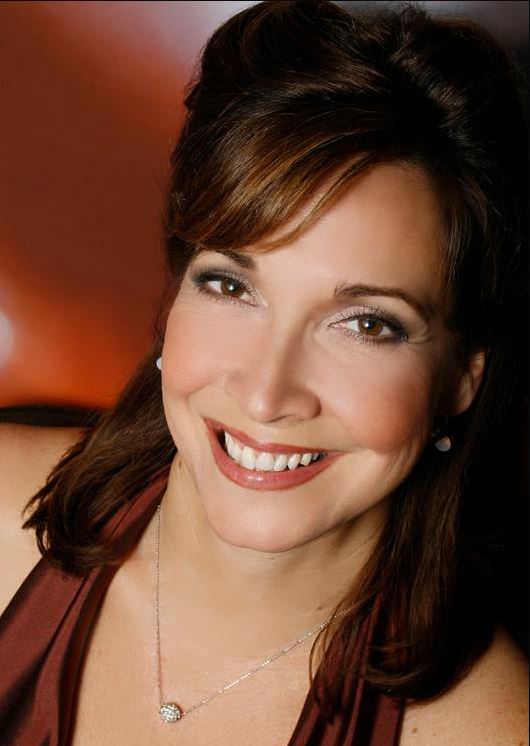 Andrea Huber is an internationally renowned performer and director. A graduate of Illinois Wesleyan University, she is also an Irene Ryan National Acting Award Winner. As an opera singer and musical theatre performer, she has performed at the Krefeld-Moenchengladbach Opera House, the Graz Opera House, the Prague State Opera and many other major opera venues in Europe. She has also performed as an actress and singer in South Africa, Norway, Greece and the US. She is currently performing in Austria with performances in Nine and Kiss of the Spiderwoman in Baden bei Wien and in her one-woman show featuring the music of Kurt Weill show in Graz, Austria. As a director, Andrea directed The Marriage of Figaro for the Boston Opera Collaborative. She also directed Oliver! and Sweeney Todd at the former Roadside Theater in Heidelberg, where she also performed her one-woman cabaret shows to rave reviews. Andrea was an adjudicator and workshop leader for the 2015 and 2019 US Army One Page Play Festival. 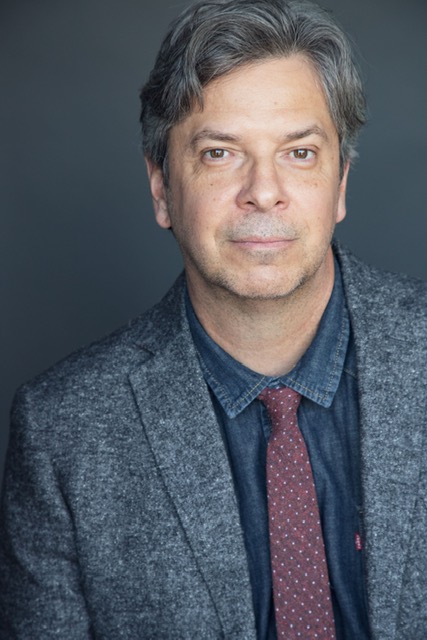 has served as a TOPPERs Adjudicator and Workshop Leader since 2011. He is a Los Angeles based professional actor with a long list of credits. Originally from East Alton, Il., he has appeared in regional theaters in St. Louis, Massachusetts, Memphis and Little Rock as well as in theatres all over the greater Los Angeles area. He appeared in the HBO original films Soul of the Game, and Truman, as well as the independent features Lovely by Surprise and Night Sights. Commercial credits include PetSmart, Kroger’s and Amarillo National Bank. He is also featured in the latest print ad campaign for Walgreens Pharmacies. Jonathon has adjudicated theater festivals across California; is a member of Hollywood's Theatre of Note; and is a Respondent at the Lenaea Theatre Festival in Sacramento. 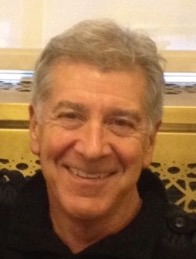 Dane Winters received his MFA in Acting and Directing from Trinity University at the Dallas Theatre Center. He has been a member of US Army Europe Entertainment for 33 years having served as Music Center Director in Bamberg, Germany (1986-88); Theater Center Director and Entertainment Director in Stuttgart, Germany (1988-2000) and Entertainment Director in Heidelberg, Germany (2000-2012). He is currently the IMCOM Europe Entertainment Program Manager located in Sembach, Germany. Dane has received numerous awards for his direction, set and lighting designs and innovative programming. He has been honored with the AACT David C. Bryant Outstanding Service Award; the US Army Entertainment James T. Martin Lifetime Service Award; and numerous Commanders’ Achievement and Civilian Service Medals. Dane’s programming and theatre direction has earned four US Army Entertainment Irving Berlin Awards.

(Subject to change and addition)

Once again, US Army Entertainment and the TOPPERs were honored with the generous participation of some remarkable artists. 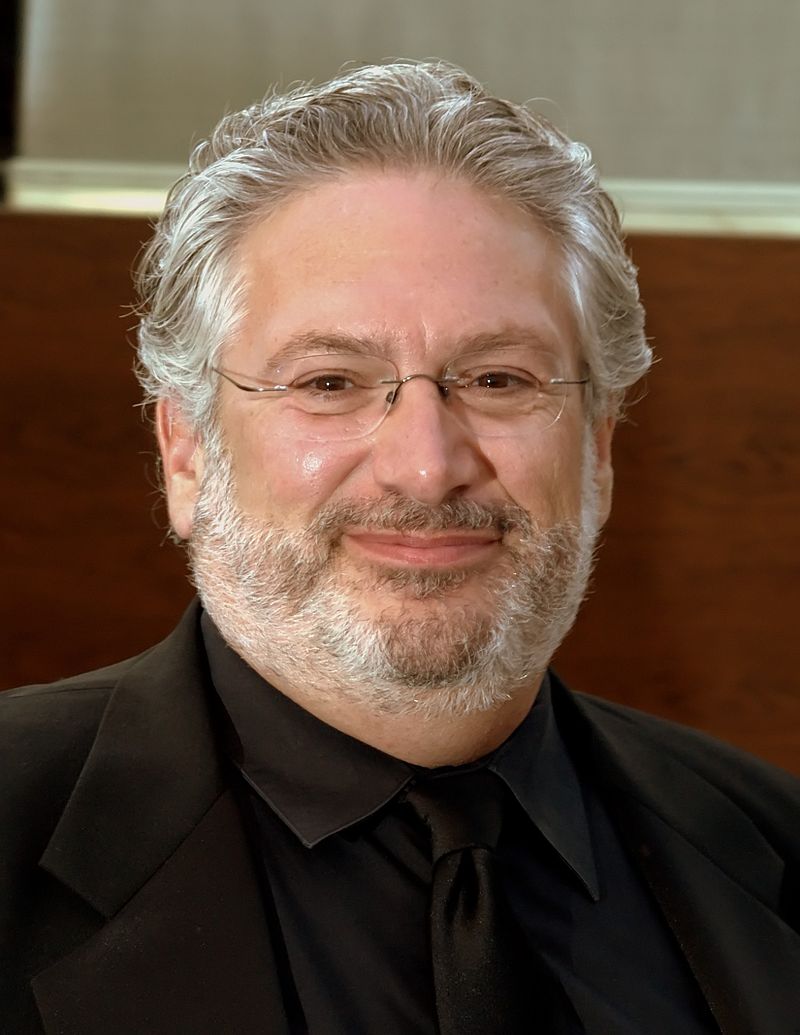 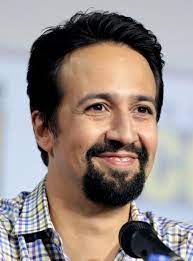 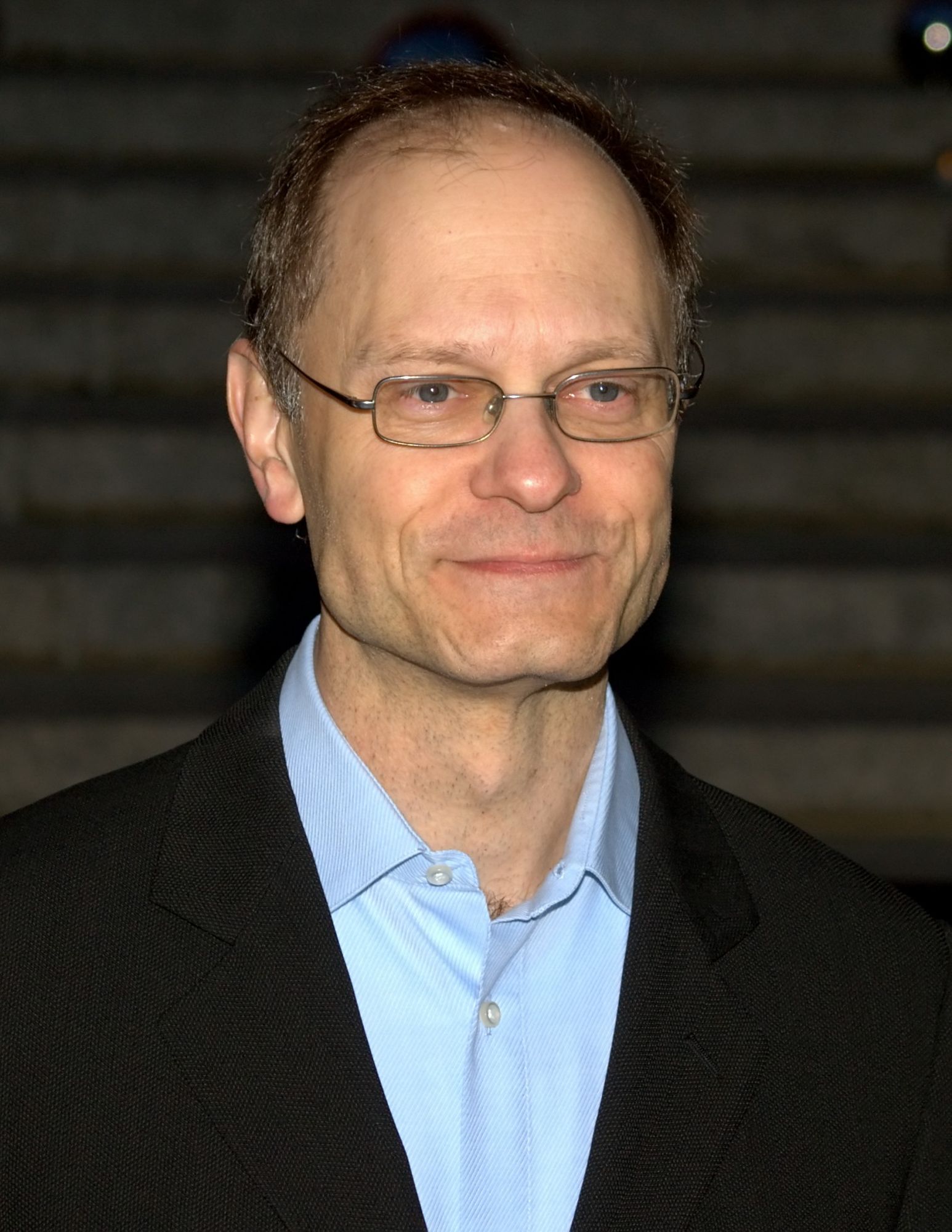 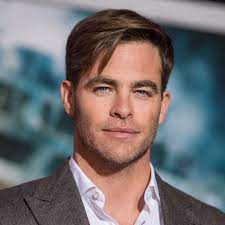 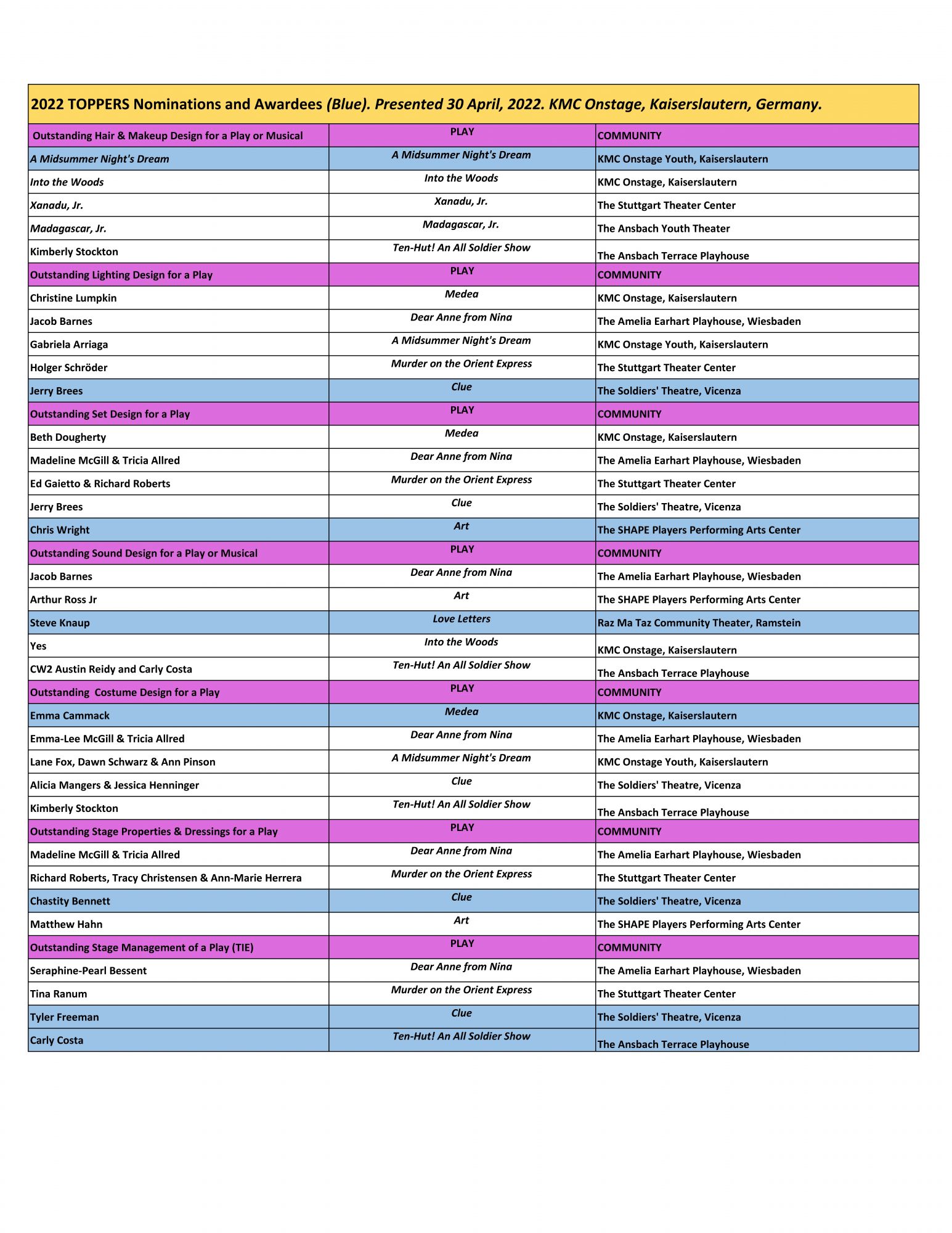 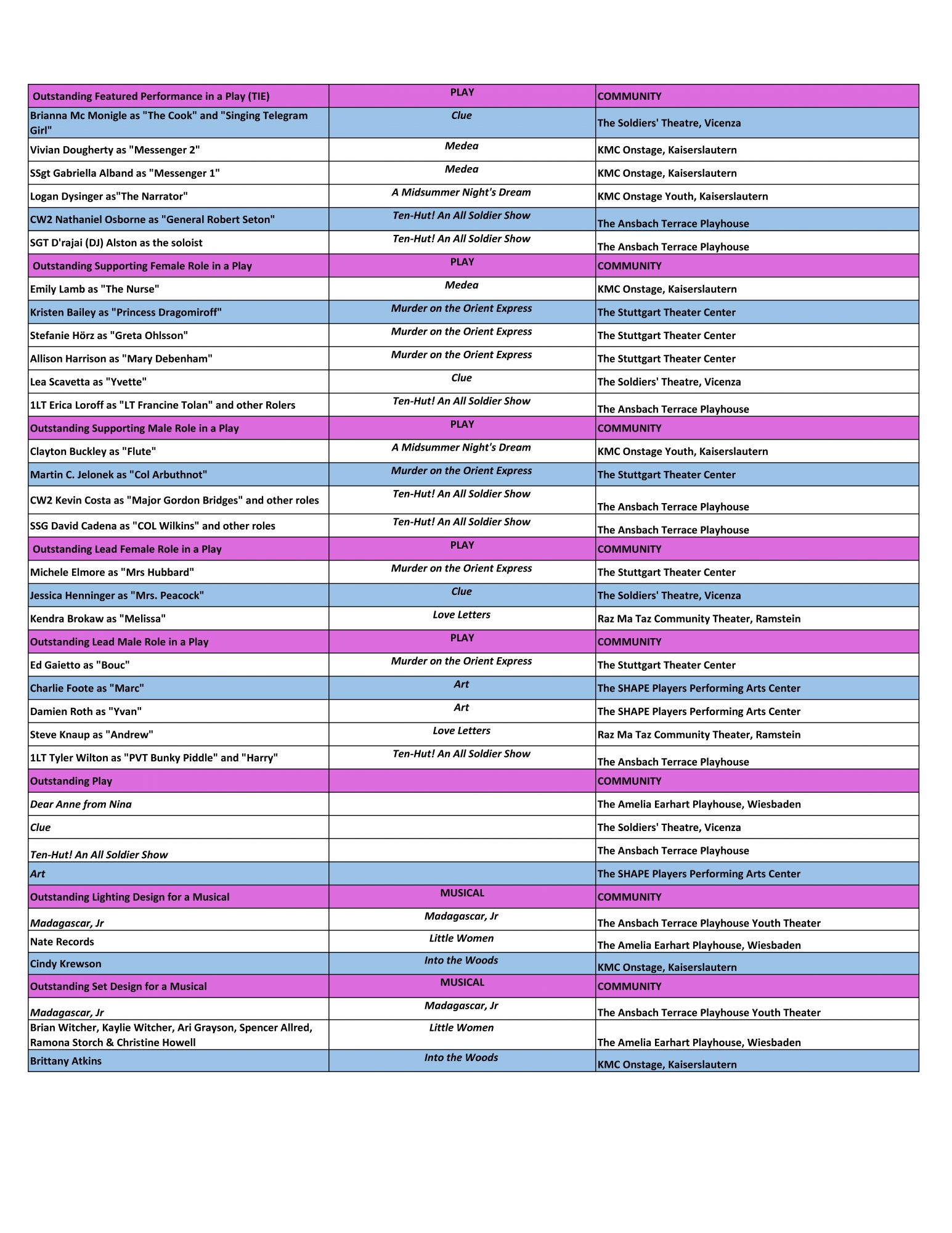 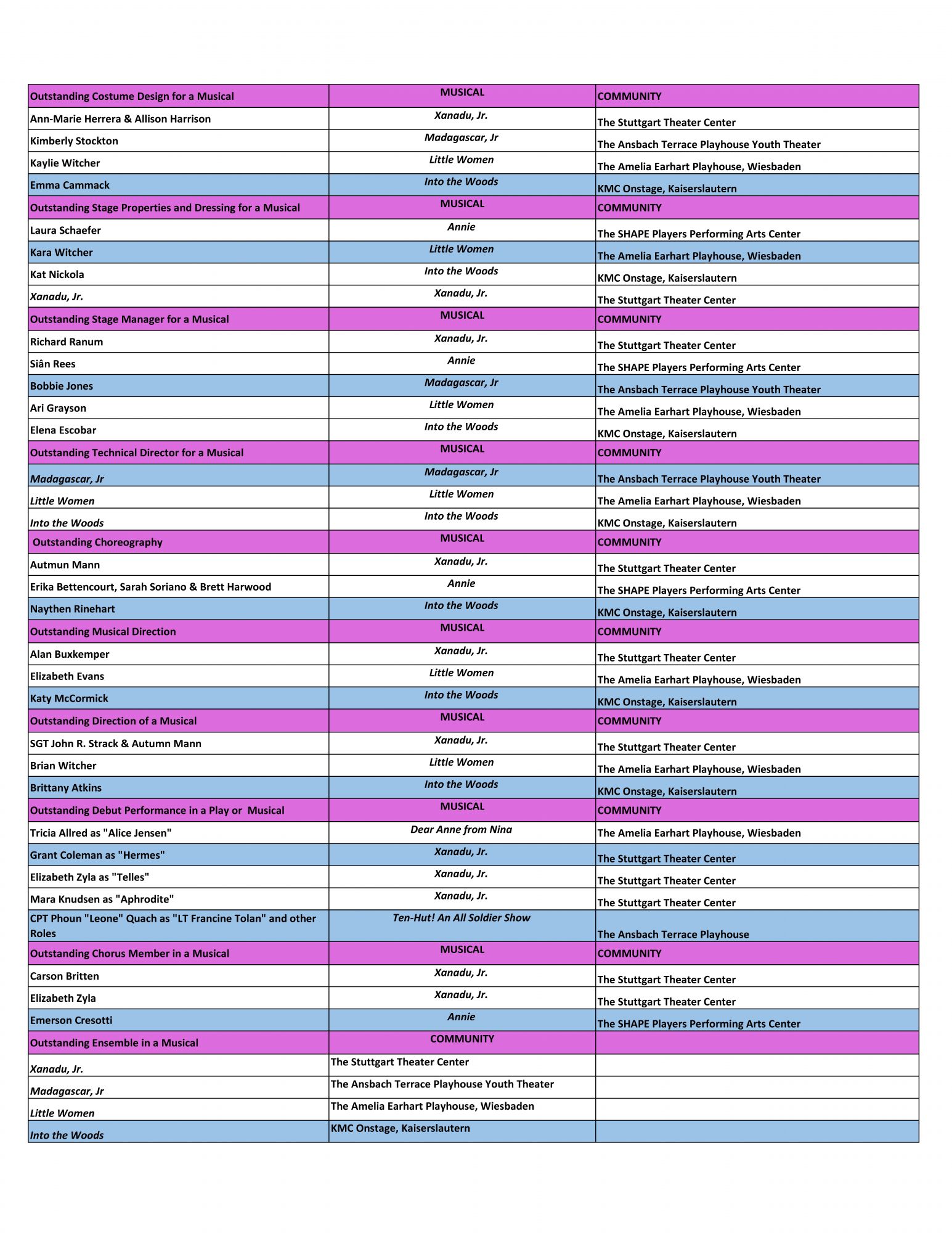 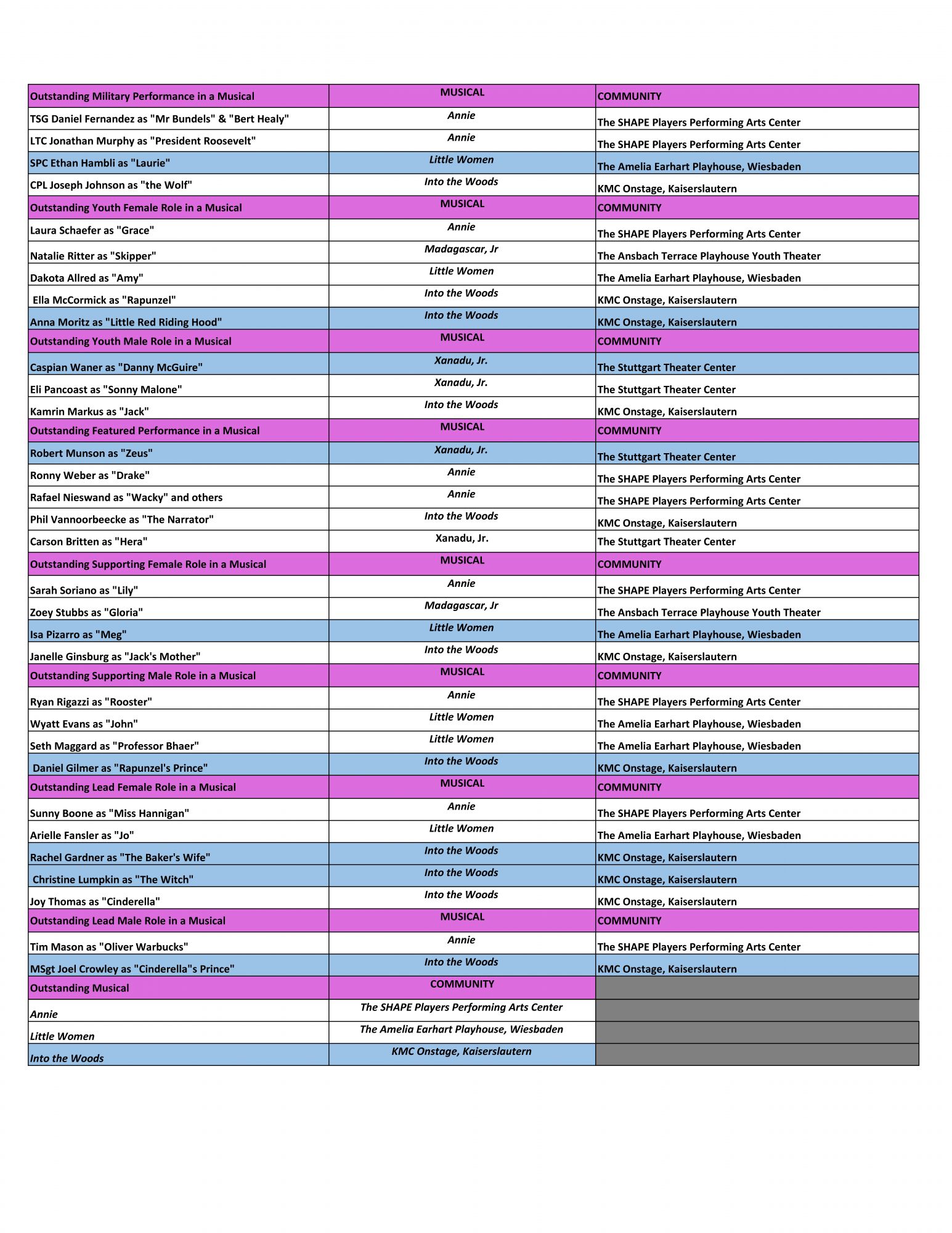 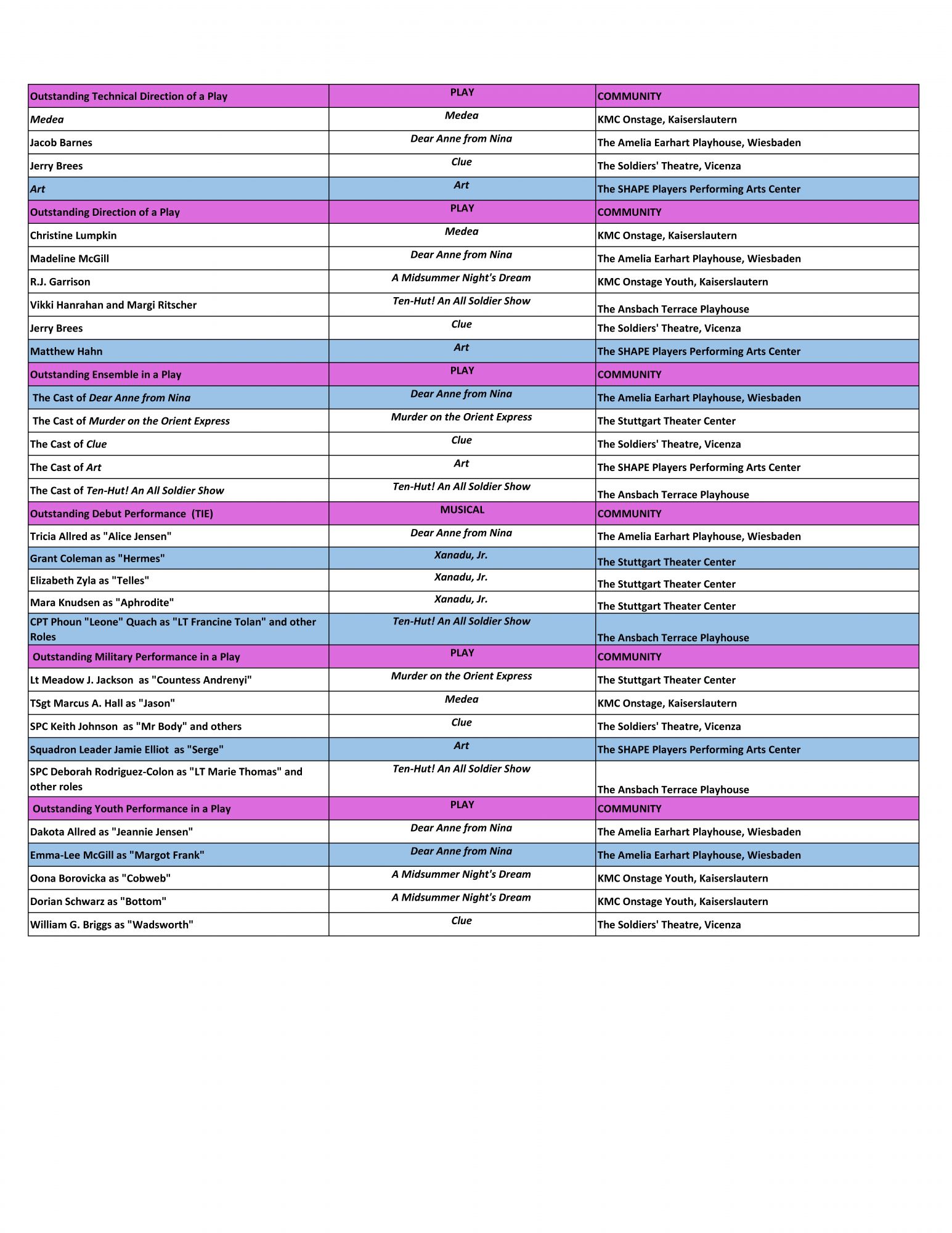 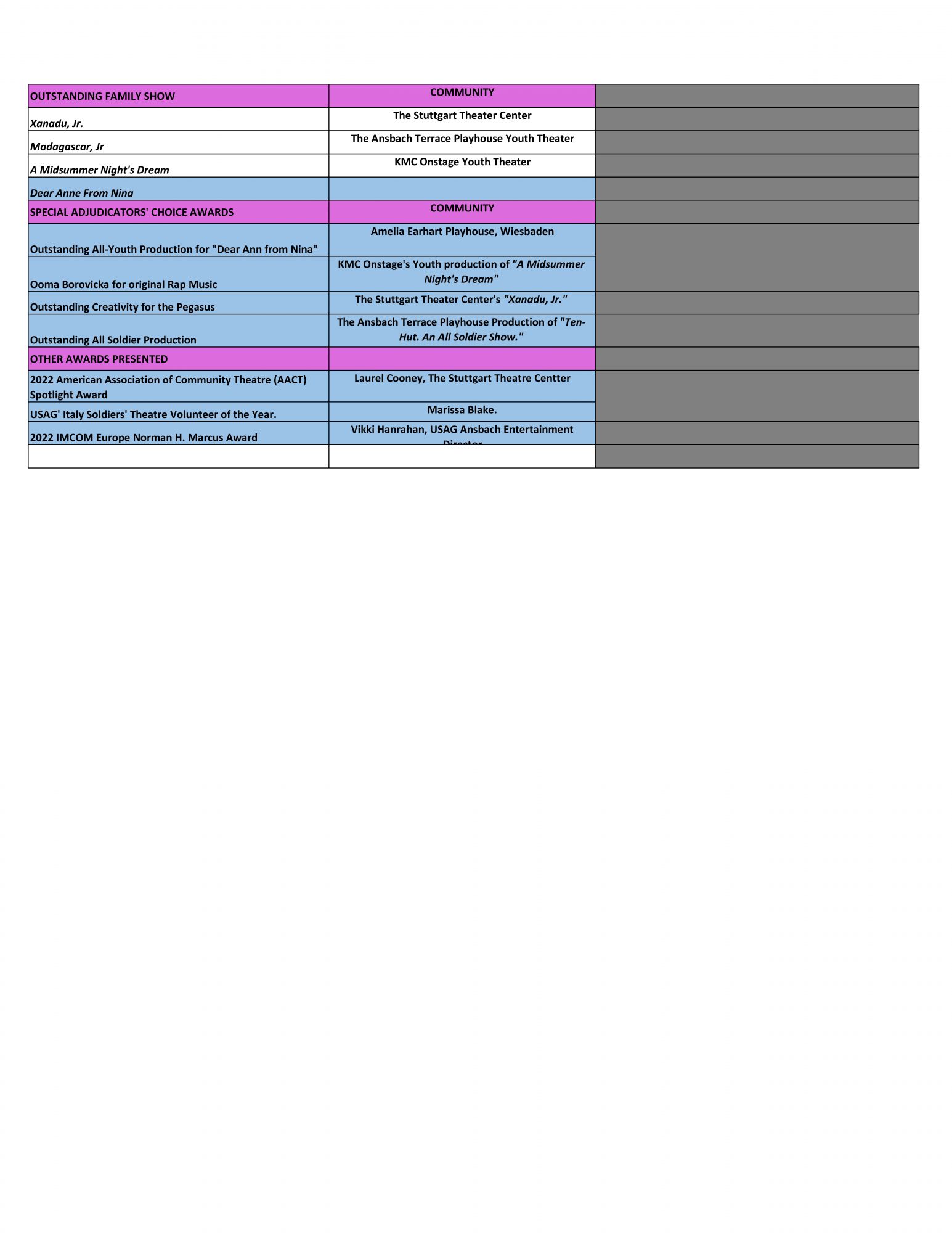