For over 70 years, U.S. Army Entertainment has offered U.S. Service Members, Civilians and their Families opportunities to participate in and enjoy high-quality music and theater programs while serving overseas.

Army Europe Entertainment programs are operated by one or two professional theater staff members supported by Soldiers, Civilians, Family Members, Retirees, Civilians and Local National Citizen volunteers. Army Entertainment is the only MWR program that relies on a volunteer work force to operate.

Each year over 2,000 volunteers provide over 300,000 man hours putting on live shows and entertainment events in their European Garrison communities. They serve as actors, directors, designers, choreographers, technicians, costumers, stage hands, painters, builders, ushers and more. This volunteerism and community support equates to over $4 million a year given to European military communities. 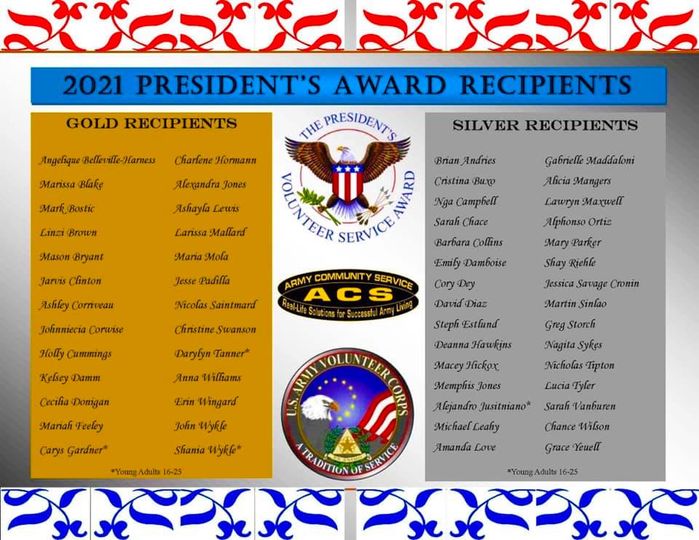 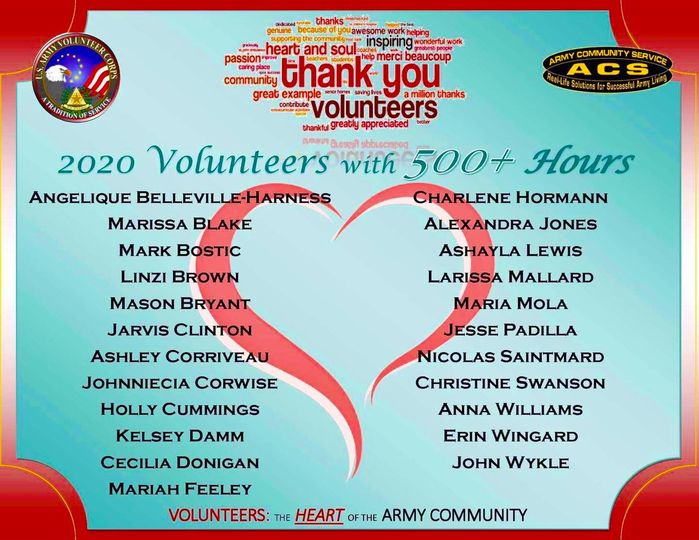 Johnniecia Corwise
were also recognized by the USAG Italy/Vicenza Community for more than 500 hours of volunteer service. 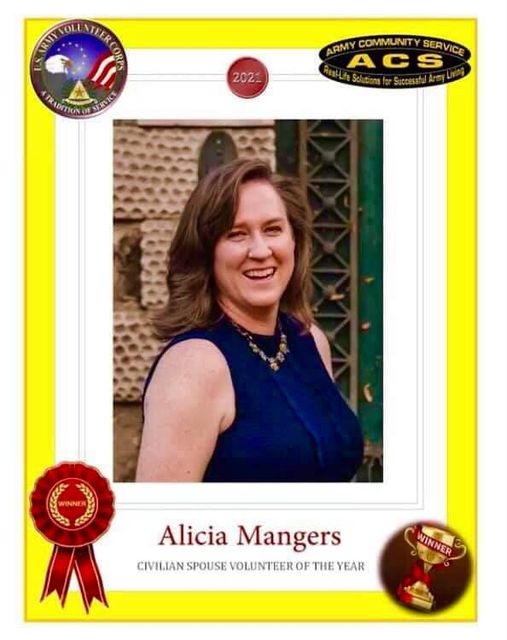 28 March 2021:  After being part of US Army Europe Entertainment, many participants go on to full careers or lifelong advocations in the performing arts. Two Roadside Theater participants have continued their passion for performing.

Ellis Hamilton, recently graduated from Berklee School of Music (Boston), just scored his first movie. You can see it HERE.

8 Dec. 2020: The 60th annual US Army IMCOM Europe Entertainment Tournament of Plays (TOPPERs) will be presented in a virtual presentation online on 19 Dec. 2020. More information is available HERE.

11 Oct. 2020: The 2020 US Army One Act Play Festival and YouthFest was held at KMC Onstage in Kaiserslautern, Germany. The complete list of awards and photos can be found HERE.

21 Sept. 2020: Vicenza's Soldiers' Theatre was one of the first Army Entertainment programs to recover from Covid restrictions and serve their community in a creative and safe way. Read the Army.mil article here. Congratulations to the cast, crew and staff on your creativity and community service.

20 May 2020: New photos from the first 1995 US Army One Act Play Festival have been discovered and loaded in our US Army Historic Photo Gallery.

13 April 2020: The Ansbach Terrace Playhouse and the Theatrix Costume Staff reached out to their community in a creative way to promote physical distancing as featured on the Ansbach Community Facebook page.

9 April 2020: Hundreds of historic Army Entertainment program photos have been added to the Entertainment History Photo Album. Check them out.

7 April 2020: SGT Terry Schappert started his theatrical experience with the Stuttgart Theatre Center. He has gone on to a long career on stage, TV and film including his own show on the History Channel.

13 Mar 2020: Due to the Corona virus health crisis, the 2020 US Army Tournament of Plays (TOPPERs) have been postponed. The annual awards will be presented at a future date to be announced. Find the latest news and updates on the 2020 TOPPERs MWR Page.